What is a Beam?

Beam is defined as the structural member which is used to bear different loads. It resists the vertical loads, shear forces and bending moments.

Different types of beams are used in construction of building and structures. These are horizontal structural element that withstand vertical loads, shear forces and bending moments. Beams transfer loads imposed along their length to their end points to walls, columns, foundations, etc.

In this article, different types of beams used in building construction will be discussed based on their manner of support, cross-section shape (profile), length, and their material.

Types of Beams in Constructions

Based on Support Conditions

It is the one of the simplest structural elements that both ends are rest on supports but are free to rotate. It contains pinned support at one end and roller support at the other end. On the basis of assign load, it sustains shearing and bending.

It is supported at both ends and fixed to resist rotation. It is also called a built-in beam. The fixed ends produce fixing moments other than the reactions.

If a beam is fixed at one end and set to be free at the end, it is termed as cantilever beam. The beam distribute the load back to the support where it is forced against with a moment and shear stress. Cantilever beams allow the creation of a bay window, balconies, and some bridges.

A continuous beam has more than two supports distributed along its entire length. 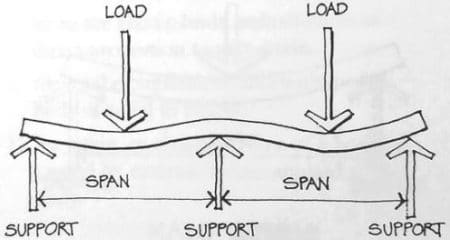 Based on Construction Materials

It is constructed from concrete and reinforcement as shown in Fig. 5. 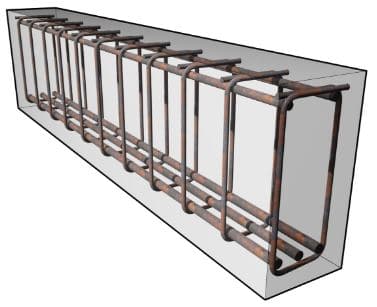 It is constructed from steels and used in several applications. 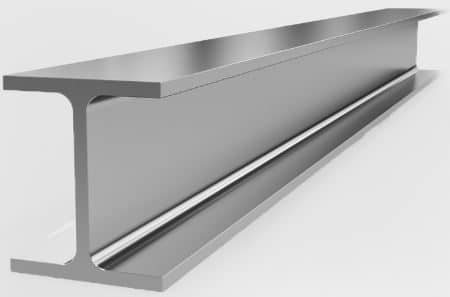 This type of beam is constructed from timber and used in the past, but its application is significantly declined now.

Composite beams are constructed from two or more different types of materials such as steel and concrete, and various valid cross sections have been utilized as shown in fig.8. 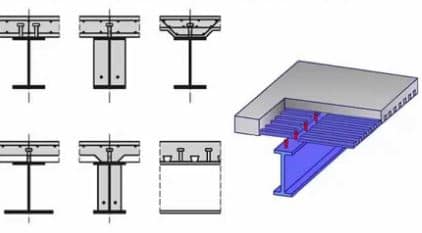 Based on Cross-Section Shapes

Several cross sectional shapes of beams are available and used in different parts of of structures. These beams can be constructed from reinforced concrete, steel, or composite materials:

This type of beam is widely used in the construction of reinforced concrete buildings and other structures. 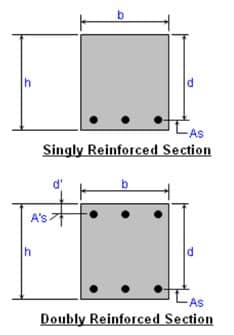 This type of beam is mostly constructed monolithically with reinforced concrete slab. Sometimes, Isolated T-beam are constructed to increase the compression strength of concrete.

Added to that, inverted T-beam can also be constructed according to the requirements of loading imposed. 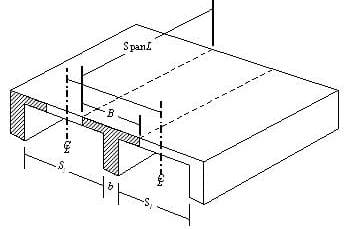 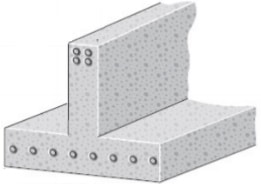 This type of beam is constructed monolithically with reinforced concrete slab at the perimeter of the structure, as illustrated in  below 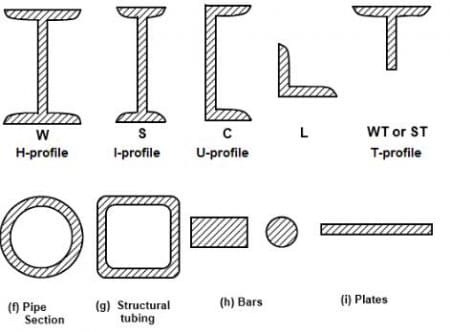 Different types of beams based on cross sectional shapes constructed from composite materials are shown  below.

Beam with straight profile and majority of beams in structures are straight beams. 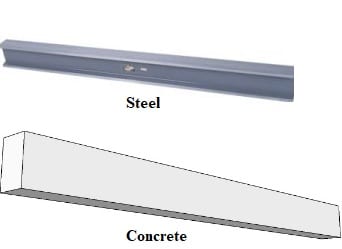 Beam with curved profile, such as in the case of circular buildings. 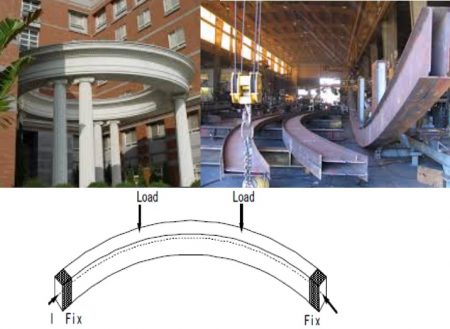 5. Based on Equilibrium Condition

For a statically determinate beam, equilibrium conditions alone can be used to solve reactions, i.e the number of unknown reactions are equal to the the number of equations.

Based on Method of Construction

This type of beam is constructed on project site. so, forms are initially fixed then fresh concrete is poured and allowed to be hardened. Then, loads will be imposed. 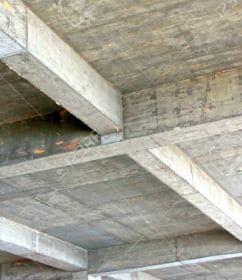 This type of beam is manufactured in factories. So, the construction condition is more controllable compare with on-site construction. Consequently, the quality of concrete of the beam will be greater. Various cross sectional shapes can be manufactures such as T- beam, Double T-beam, Inverted T-beam and many more. 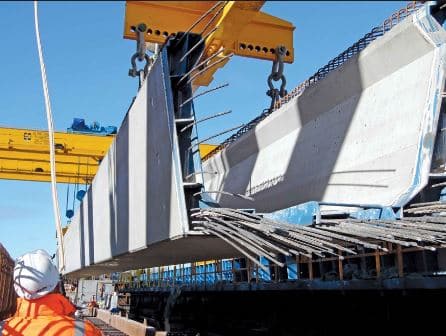